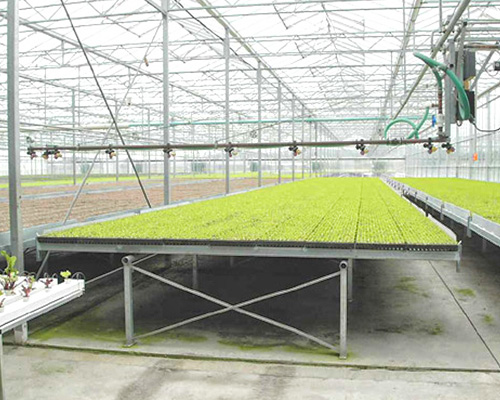 The dependable production of millions of new trees each year to replace those harvested has given our customers the confidence to expand their commercial growth and formulate precise forestry management strategies and plans and given their investors greater confidence in the future.

The economical annual production of millions of tree seedlings is now used in some of the biggest forest management programs in Australia. Williames made a significant contribution to this expansion in the industry by developing cost-effective nursery production and plant handling systems with innovations in seeding line development, plant handling and transplanting.

Reducing the costs of moving plants around the nursery and minimising the multiple handling of trays was a breakthrough facilitated by Williames plant handling expertise and R&D. Williames innovations have helped streamline potting mix production, seeding, movement of the filled, seeded, covered and watered trays from the production line to the glasshouse, and moving and planting out the seedlings at their optimum development stage.

Williames are committed to working with our customers to undertake prototype testing of our customised rack & stack and rolling bench systems to significantly shorten the overall development process on the ground. We factor in site specific environmental considerations.